The former North Selby Mine site is located on New Road to the North and East of the village. 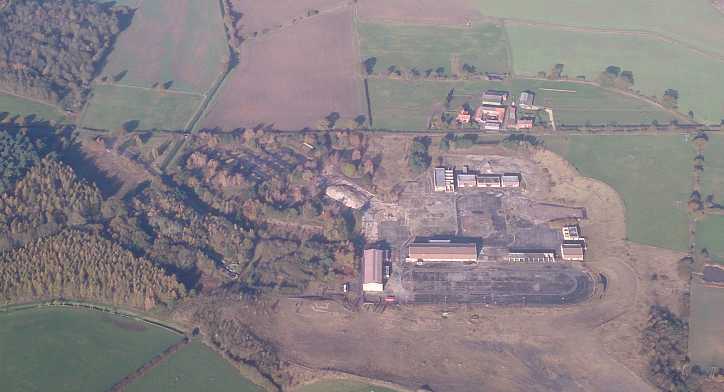 In April 2013 Peel Environmental and UK Coal obtained planning permission from City of York Council for an Anaerobic Digestion (AD) facility to generate electricity (and heat) from up to 60,000 tonnes of organic waste per year, and a horticultural glasshouse to host a plant propagation facility. This decision was quashed in September 2013 following judicial review, and subsequently on 23rd January 2014 revised plans were passed by City of York Council's planning committee. The scheme was be referred to Communities and Local Government Secretary, Eric Pickles, because of its green belt location, however the government confirmed it would not block the plans.

The land owner has now applied for planning application for a caravan/leisure park. See https://www.escrick.org/council/north-selby-mine-leisure-park/

The government has now written to the council confirming it will not fully investigate the plans, and planning approval has been officially granted.

Plans for an anaerobic digestion plant at the North Selby Mine site were passed on a 10-5 vote by City of York Council’s planning committee on 23rd January.

The scheme will now be referred to Communities and Local Government Secretary, Eric Pickles, because of its green belt location.

From City of York Council:

The Parish Council has been notified of a revised planning application submitted to City of York Council - comments by 19th November:

The outcome of a Judicial Review into the decision to grant planning permission was announced on 13th September, quashing the decision.

Received by the Parish Council on 20th September 2013

Dear Supporter, Following the decision by City of York Council (CYC) on 25th April to approve planning permission to turn North Selby Mine into a 60,000 tonne Anaerobic Digestion plant together with 11 acres of greenhouses, North Selby Mine Action Group (NSMAG) considered its options following overwhelming public opposition to the plans.
We were very disappointed that CYC chose to ignore local sentiment entirely in their original determination and so we opted to seek a judicial review of the decision. As a result of this legal review, it became clear that CYC had acted unlawfully in relation to the removal of plant, machinery and buildings at North Selby and ultimately that led them to making an unlawful decision in approving planning permission. Our legal team found that Council Officers had not advised Members correctly, as UK Coal and Peel should have removed everything from the site in order to assess any potential impact on the Green Belt caused by this proposed development. Consequently NSMAG and others took CYC to the High Court with a view to quashing that decision. On Friday 13th September the original planning decision was formally quashed.
NSMAG will continue to strongly argue the case that Peel's proposed development is totally inappropriate within the Green Belt and that it does not satisfy the test of ‘special circumstances’. We don't believe that there are any ‘special circumstances’ why this development should take place at North Selby and so we will continue to fight Peel's proposals until they abandon them entirely.
We hope that we can continue to count on your support. Regards
NSMAG